A GAME OF PARANOIA AND SURVIVAL IN A DRUGGED-OUT, DYSTOPIAN ENGLISH CITY

ABOUT WE HAPPY FEW

We Happy Few is the tale of a plucky bunch of moderately terrible people trying to escape from a lifetime of cheerful denial in the city of Wellington Wells. In this alternative 1960s England, conformity is key. You’ll have to fight or blend in with the drug-addled inhabitants, most of whom don’t take kindly to people who won’t abide by their not-so-normal rules.

Discover the retrofuturistic city’s dark history as you play through the intertwined narratives of three quietly rebellious citizens of Wellington Wells. Each has their own strengths and weaknesses; they face their pasts, prepare for the future, and engage in activities that aren’t exactly status quo in this artificially-enthused society.

Set in retrofuturistic 1960s England, you will find a city ravaged by war and rebuilt by delusionally happy people. Everything appears joyful in Wellington Wells, including its roads, its people, and its omnipresent television personality: Uncle Jack! But, it’s actually a world on the brink of collapse. Come unveil its dark history, and discover how and why its residents came to be so beguilingly happy.

Play as three flawed characters who must contend with their own guilty pasts and connections to the mysteries surrounding Wellington Wells. Each has a unique storyline in which they interpret and react to the dramatic events around them. Hide, conform, or fight back as each of them encounters black comedy and dangerous hope as they try to make their way out of their city.  Or play in Sandbox mode, and experience dozens of encounters with your very offbeat — and very English — fellow Wellies.

A DYSTOPIA OF YOUR VERY OWN

TAKE YOUR JOY…OR DON’T. THE CHOICE IS YOURS

Customize your We Happy Few experience:

You’ve taken your Joy, but now it’s time to tear it all down in this final piece of handcrafted Season Pass content. Play as Victoria Byng, get a grip on her whip, and get the last word on the story of Wellington Wells. As Victoria reckons with her own withdrawals, the city slides deeper into Joy shortage and disorder. It’s always been Victoria’s duty to help keep things proper, but the closer she looks, the deeper the rot seems to run.

We All Fall Down climbs to the highest heights of We Happy Few gameplay yet:

Tour Wellington Wells at its absolute most dire

Or take the stealthy route with a shocking new dart gun

Take the high road as you climb across the rooftops in a new, stealthy spin on We Happy Few exploration

Stick it to the system swiftly – there’s no time for eating, sleeping, and crafting while the world falls apart 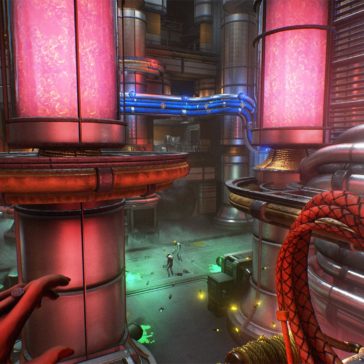 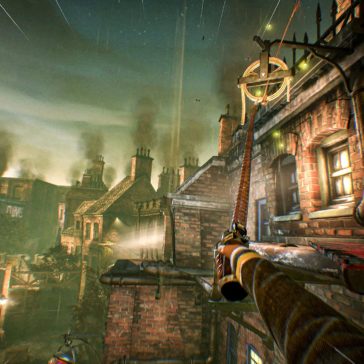 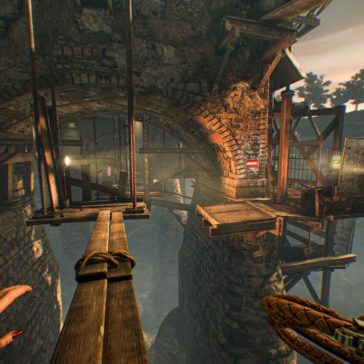 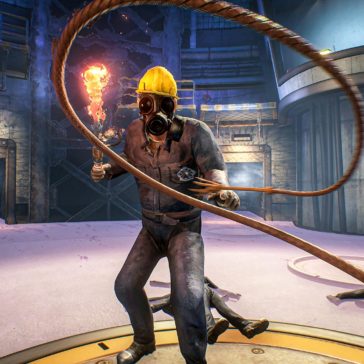 In this second piece of handcrafted Season Pass content, you play as Wellington Wells’ most beloved rock star, Nick Lightbearer, in a brand-new story! Heartthrob, artist, and personal trainwreck Nick Lightbearer is adored by legions of fans—until disaster strikes when a Nick-centric fan convention is plagued by a string of murders. When all signs point to him as the killer, how will he reconcile the disturbing overlap between his own blackouts and the killings?

Cut right to the rock – you’re busy enough being a star without adding eating, sleeping, and crafting to the mix

Trip your way through puzzles that’ll expand your mind 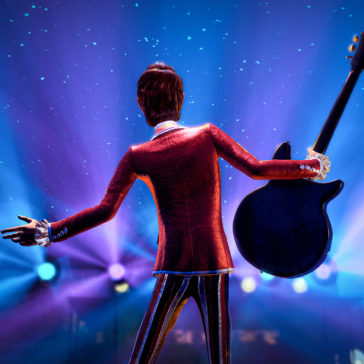 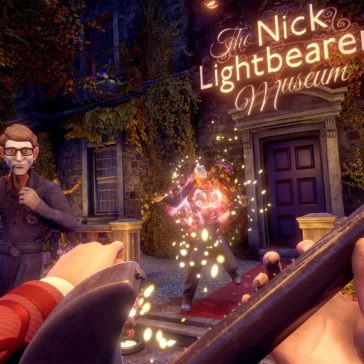 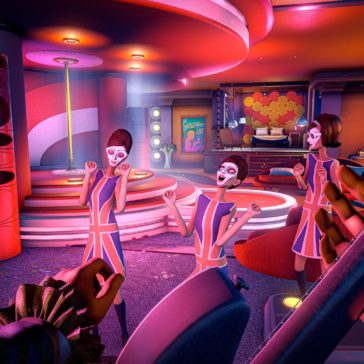 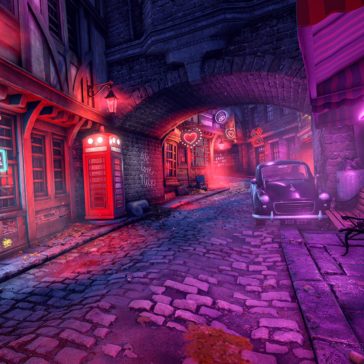 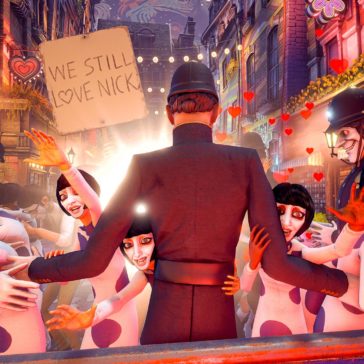 In the first piece of handcrafted Season Pass content, James & Roger return in an all-new We Happy Few story. Wellington Wells stands besieged by a robot uprising, but the mechanized menace isn’t the only thing threatening to tear our pair apart. 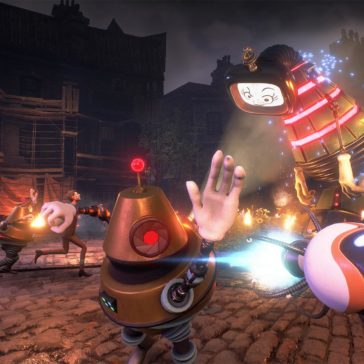 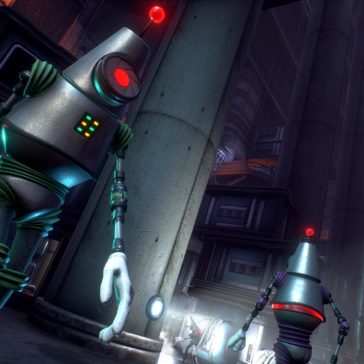 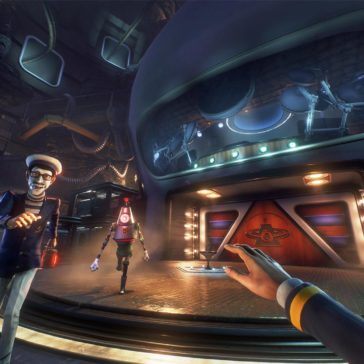 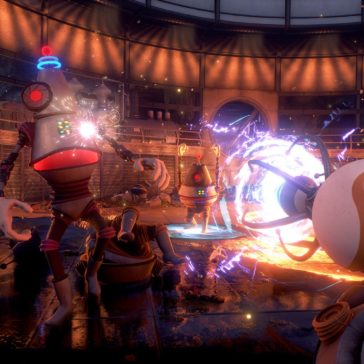 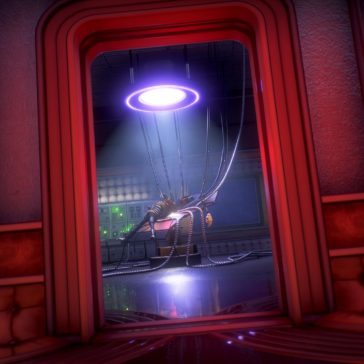 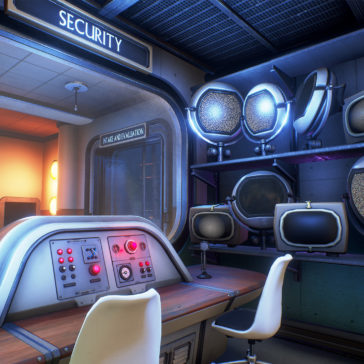 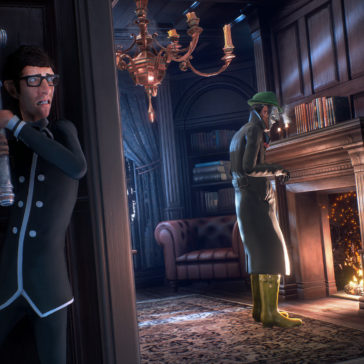 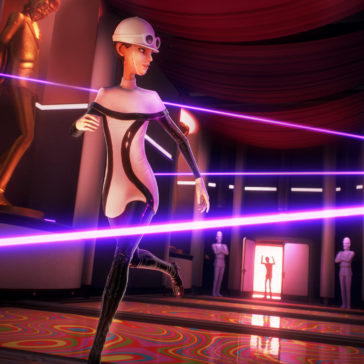 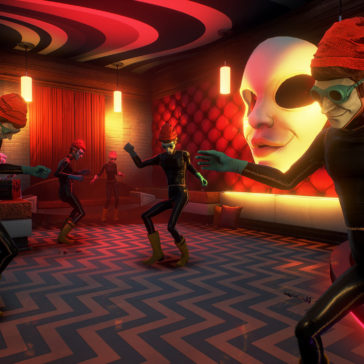 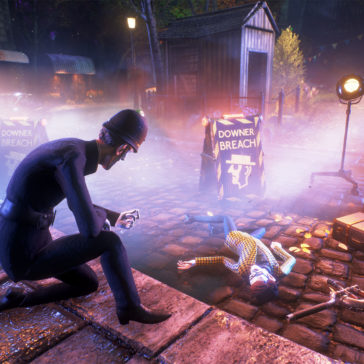 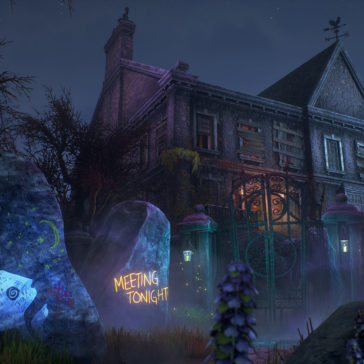 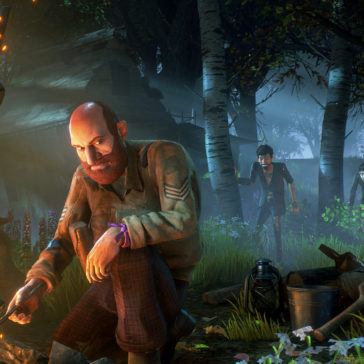 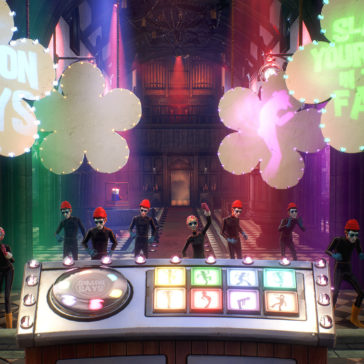 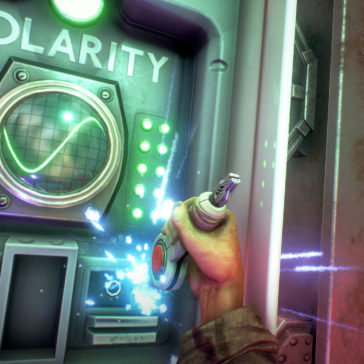 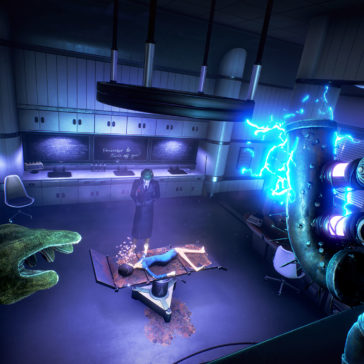 The Time Capsule is the perfect add-on for the We Happy Few Fanatic in your life!

The Season Pass contains three pieces of future content for We Happy Few. Each add-on will be a new adventure that follows the antics of one of Wellington Wells’ most notorious residents.

We Happy Few: Uncle Jack Live VR is your chance to meet and work with Wellington Wells’ most prominent celebrity figure.

Help Uncle Jack produce an exceptional show by delivering only the happiest of news and ensuring Wellies everywhere remember to take their Joy. Get it now for free on PlayStation VR! 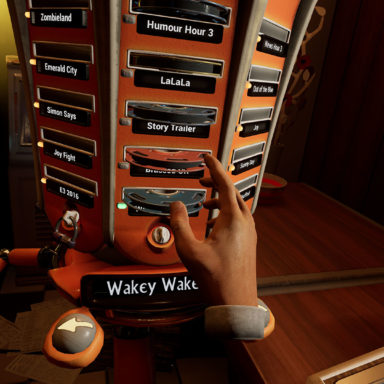 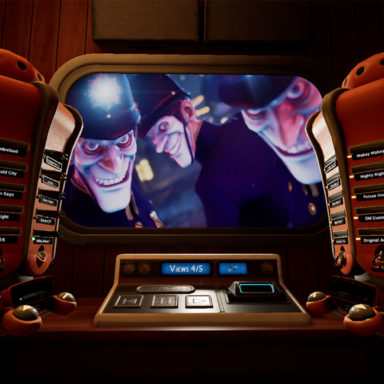 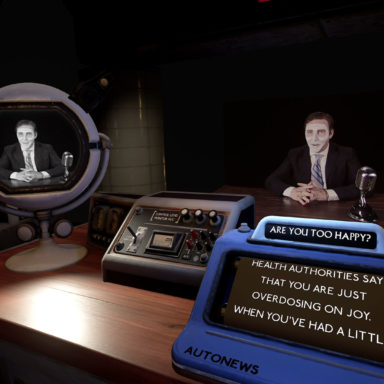 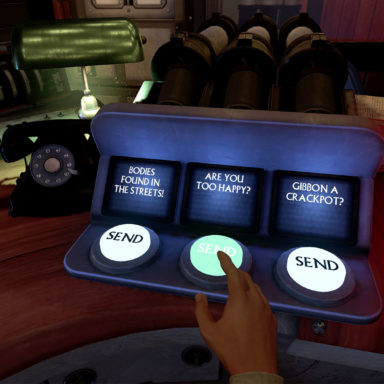 THE CHARACTERS OF WE HAPPY FEW

Utterly unremarkable, Arthur is a British everyman. As a mild-mannered “redactor” at the Department of Printing, Recycling and Archives, he is apologetic, self-effacing, and easily embarrassed. He wouldn’t warrant a second glance if he was sitting on a bench next to you… until the day he goes off his Joy, and gets chased out of his comfortable life in the Parade District into the abandoned Garden District.

Forced to live off the ”scraps of our former civilization,” Arthur must survive by scrounging, sneaking, and fighting in the ruins of Wellington Wells. He’s finally remembered what he’s been trying so hard to forget, and is now desperate to reunite with Percy, the brother he abandoned during the German Occupation.

And that means escaping Wellington Wells by any means necessary.

Wellington Wells’ fabulous “It Girl,” Sally is sparkling and witty, and wears the grooviest fashions better than any Wellette in the Village.

A brilliant chemist, she keeps the rich and powerful supplied with powerful concoctions that no mere pharmacist can make.

But Sally’s fabulousness is a front. She’s a survivor, wounded by her past. And she has secrets that would get her killed if they ever got out.

Fortunately, she has other drugs that she can use, affording her the means to escape detection, evade capture, and take down even the toughest of enemies.

Ollie’s a mad Scotsman whose only companion is an invisible friend. Holed up in the bombed-out train station, and beset by Wastrels, no one in town likes Ollie, and Ollie likes no one in town–especially jolly Uncle Jack, the only celebrity on TV.

Having worked for the General many years ago, Ollie is a trained soldier, but his memory has become a “church made of cheese, and all the congregation’s mice.”

It isn’t until Ollie discovers a dark secret about the Victory Memorial Camp that he finds renewed purpose in his life. But the more clues he discovers about the ongoing collapse of Wellington Wells, the more he realizes he might just be the only man capable of revealing the truth.

Since announcing We Happy Few, Compulsion Games has been building it with the help of the We Happy Few forum and Kickstarter communities. If you’d like to get involved, come join us on the forums or social media!

Sign up to have the latest news and updates delivered straight to your inbox.

Please enter your date of birth